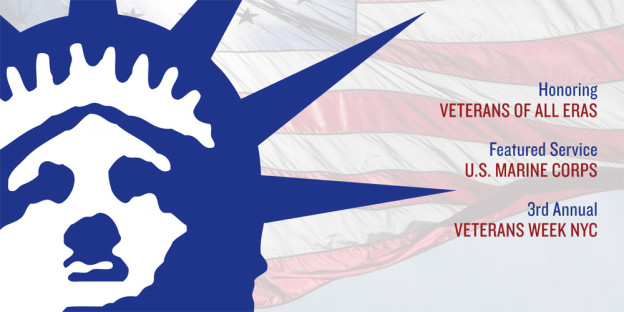 Veterans Memorial Service
Birmingham — November 11th 8:30 AM
Cathedral Church of the Advent
A memorial service recognizing and honoring those Veterans who have passed away this past year.

The Tuscaloosa VA Medical Center in will hold a Veterans Day Ceremony at Veterans Memorial Park featuring keynote speaker Senator Richard Shelby. The ceremony will include the unveiling of a monument dedicated to a WWI Medal of Honor recipient.

The VA Northern California Health Care System in Sacramento will host the 9th Annual Veterans Day Ceremony to pay tribute to all U.S. military Veterans, along with a special recognition to the United Service Organization (USO) for their dedication to American troops for the last 70 years.

Tampa’s James A. Haley Veterans’ Hospital and Clinics will host its annual Veterans Day Ceremony, Parade and Welcome Home event with a ceremony at the Fisher House followed by a classic car show and picnic.

The Charlie Norwood VA Medical Center in Augusta will join a Veterans Day parade through downtown Augusta with area high school and college bands, the Fort Gordon Band and Color Guard and Veterans from the medical center. The medical center will also have a breakfast for Veterans before the parade and employees will be marching in the parade and handing out flags. After the parade, a Veteran-led “Uptowners” band will entertain Veterans.

The Robert J. Dole VA Medical Center will host a series of Veterans Day activities and take a busload of Veterans to the Veterans Day Parade in Wichita to participate in the events.

The Alexandria VA Health Care System will host a series of Veterans Day activities on their beautiful, historic grounds in Pineville, beginning with a formal program followed by a community parade and ending with a hot dog picnic.

The Minneapolis VA Health Care System will host a Veterans Day program for hospitalized Veterans. Members of the Minnesota Vikings football team will visit patients in the Community Living Center and Spinal Cord Injury Center followed by a musical program and ceremony.

The Gulf Coast Veterans Health Care System in Biloxi will host a “Salute to Veterans” formal ceremony followed by a fish fry and will also participate in the City of Biloxi’s Veterans Day Parade.

The Harry S. Truman Memorial Veterans’ Hospital in Columbia will host a recognition ceremony for the winners of an annual Veterans Day Essay Contest. Since 1999, the facility has conducted an essay contest for middle and high school students in the Columbia Public School District. Portions of the winning essays are read aloud.

The VA Sierra Nevada Health Care System in Reno will host the Rock for Warriors Show, designed to show appreciation to America’s Veterans, increase community awareness of VA programs and services, encourage citizens to become a VA volunteer and increase awareness of the issues facing injured Veterans and their families. The show is after the Veterans Day Parade in downtown Reno and admission is always complimentary and open to the public as concert organizers believe “the price has already been paid by our Veterans’ sacrifices.”

The VA Roseburg Healthcare System will have a bus with patients in the annual Douglas County Veterans Day Parade. Patients will also enjoy a special luncheon and band performance.

The Ralph H. Johnson VA Medical Center will host the Veterans Day Parade in historic downtown Charleston featuring floats and bands led by the Vietnam Veterans of America motorcycle flag brigade. The parade is followed by a special free lunch for parade participants at the VA medical center.

Veterans Day National Ceremony
Arlington National Cemetery — November 11th 11:00 AM
The ceremony is intended to honor and thank all who served in the United States Armed Forces.
Honoring Service to America
Colonial Williamsburg — November 8-11
Join us as we honor America’s veterans in a celebration of their patriotism and willingness to sacrifice and serve our country. Immerse yourself in an 18th-century battle, take part in a military march, or witness armorers hard at work on this special weekend of remembrance.

The Tomah VA Medical Center will honor two Veterans who will be inducted into its Hall of Heroes, a reminder of the bravery and the hardships faced by the Veterans of our nation.

The Sheridan VA Medical Center will hold its annual Veterans Day Ceremony, this year honoring the 200th year of the National Anthem with essays written by local school children and the anthem sung by local celebrity singer – Dan Burges.

Know of an event missing? Please email The Veteran Owned Business Project to add your 2014 Veteran’s Day Event to this growing list.