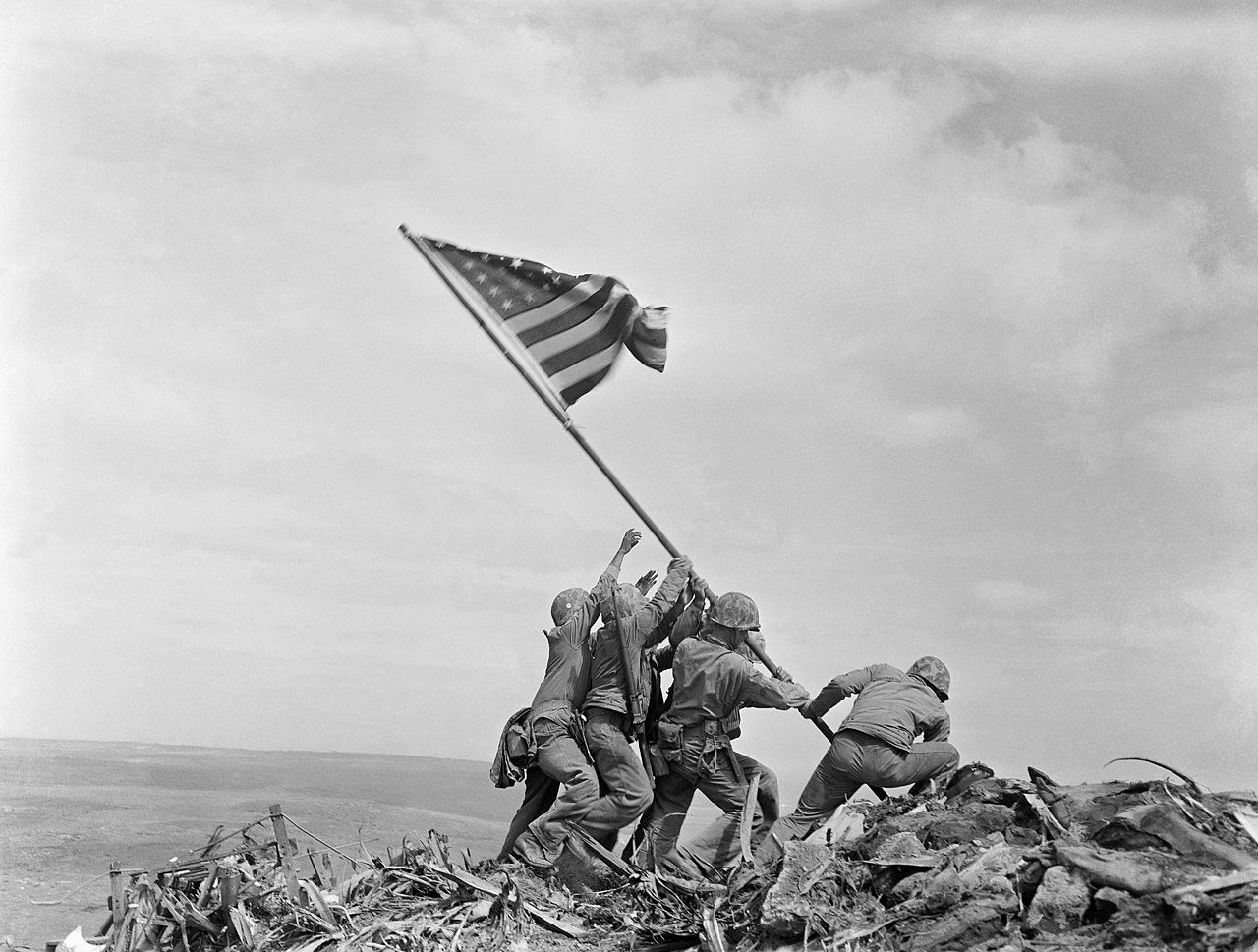 Raising the Flag on Iwo Jima is an iconic photograph of six United States Marines raising the U.S. flag atop Mount Suribachi during the Battle of Iwo Jima in the final stages of the Pacific War. The photograph, taken by Joe Rosenthal of the Associated Press on February 23, 1945, was first published in Sunday newspapers two days later and reprinted in thousands of publications. It was the only photograph to win the Pulitzer Prize for Photography in the same year as its publication, and was later used for the construction of the Marine Corps War Memorial in 1954, which was dedicated to honor all Marines who died for their country since 1775. The memorial, sculpted by Felix de Weldon, is located in Arlington Ridge Park, near the Ord-Weitzel Gate to Arlington National Cemetery and the Netherlands Carillon. The photograph has come to be regarded in the United States as one of the most significant and recognizable images of World War II.

The flag raising occurred in the early afternoon, after the mountaintop was captured and a smaller flag was raised on top that morning. Three of the six Marines in the photograph – Sergeant Michael Strank, Corporal Harlon Block, and Private First Class Franklin Sousley – were killed in action during the battle. The other three Marines in the photograph were Corporals (then Private First Class) Ira Hayes, Harold Schultz, and Harold Keller; Block was identified as Sergeant Hank Hansen (helped raise the first flag and was present at the second flag raising) until January 1947, Schultz (was at both flag raisings) was identified as Sousley who was identified as PhM2c. John Bradley (was at both flag raisings) until June 2016, and Keller was identified as Rene Gagnon (carried the second flag up Mount Suribachi) until October 2019. All of the men served in the 5th Marine Division on Iwo Jima.