Washington – 4VETS4LIFE, announces the inclusion of Colonel Donald Bray as the newest member of the 4LiPHE Board of Advisors. Colonel Bray is recently retired after 35 years of service from the Department of the Army, where he was the acting director of Cybersecurity and Information Assurance.  Colonel Bray served in Operation Uphold Democracy, Task Force Sinai and two tours in Operation Iraqi Freedom.  Colonel Bray’s special awards and merit include the Distinguished Service Medal, a Legion of Merit and a Bronze Star. He is also a 2014 inductee into the Army’s Officer Candidate School’s Hall of Fame. 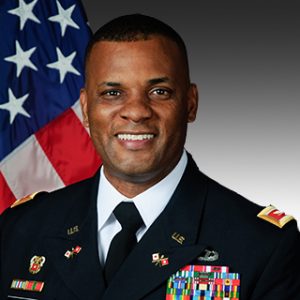 Colonel Bray’s proven dedication to and the skills he developed in the service of his country make him an ideal addition to the 4VETS4LIFE PROGRAM designed to helping disabled American Veterans reclaim their lives. His experience in leading men and women in overcoming obstacles and achieving success are essential talents in moving the program forward.  “After so many years of Dedicated Army Service, I am definitely a soldier for life,” said Colonel Bray, “I look forward to opportunities to support our veterans and the next generation of warriors. I am excited about this opportunity to advise the 4LiPHE organization on much needed veteran assistance and initiatives.”


4VETS4LIFE, with the public’s help and participation, will make these disabled Veterans dreams a reality. “We are thrilled to have a man of Colonel Bray’s dedication and expertise on board with 4VETS4LIFE to help make a difference in the lives of brave men and women injured in the service of our country,” said Laura Tubesing, Executive Director of 4LiPHE Charitie

Founded in 2015, the 4VETS4LIFE Program serves within the scope of the 4-LiPHE Charities, a non-for-profit organization, created to cultivate the public’s interest in and support for making selected disabled Veterans’ dreams a reality.