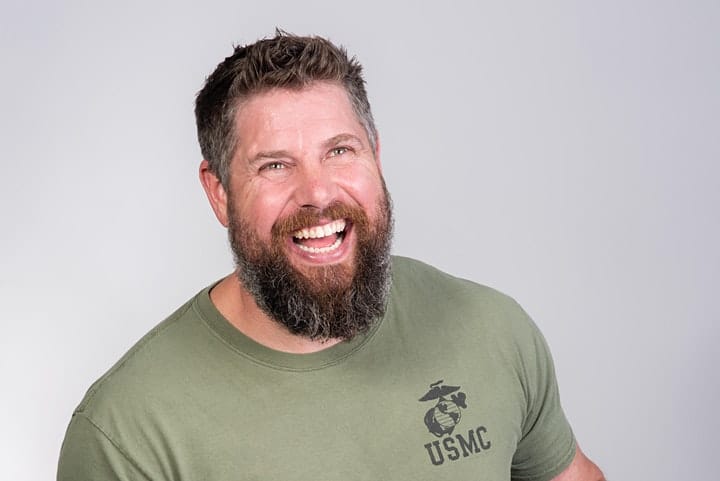 The Comedy Zone at the Viking is bringing you one of the few comedians that is a veteran and first responder. Come on out!

Travis Howze is an international touring comedian and motivational speaker who spent 14 years in the military and emergency services as a U.S. Marine, Police Officer and Firefighter. Whether performing at corporate events and fundraisers to top comedy clubs, colleges and multiple tours overseas for the troops, Travis has become a comedic demand in multiple arenas who always leaves his audiences craving more!

Known as the military and emergency services voice of comedy, the topics of Travis’ humor are limitless: from being raised in South Carolina to married life and fatherhood to his time in uniform and much more. Whether dodging bullets, chasing bad guys, running into burning buildings or just being a dad, Travis is always FUNNY UNDER FIRE! Appearing on Gotham Comedy Live, HULUTV’s Coming to the Stage, National Geographic and NBC’s Night Shift, Travis was dubbed “Artist to Watch” by Young Hollywood Magazine.

Not only is Travis the Author of the Best-Selling book “Create Your Own Light, an autobiography of his life on “Finding Post Traumatic Purpose.” His album, “Reporting for Duty,” debuted at number 7 of top 100 comedy albums and is in regular rotation on SiriusXm. IGNITING top level comedy stages for over a decade, he’s a comedian with an extremely unique and marketable edge that has never been seen before, thus allowing him to connect and develop a very loyal brotherhood style fan base of military, emergency services personnel and their supporters from all over.

In June of 2007 while working a furniture warehouse fire in Charleston, South Carolina, 9 of his brother firefighters tragically perished in the line of duty while rescuing a trapped civilian. Due to injuries that he sustained in that same fire; Travis was forced to leave the job that he truly loved.

Through sharing his personal story of overcoming a traumatic past, Travis has spoken at many conferences across various industries about PTSD, Depression and Survivor’s Guilt. He has not only had the pleasure of speaking at numerous emergency services’ conferences including law enforcement and firefighters, but the FBI, private mental health organizations, and the top nationally ranked university student veterans’ program as well. His motivational message focuses on mental health; targeting in on signs and symptoms affected personnel may be displaying through various behavioral patterns and changes, ways of coping with trauma as it applies to the individual and the team. Travis provides a holistic talk by covering various available resources, the culture and why many never seek help.

GET YOUR TICKETS TODAY!