Celebrated the first week of May since 1985, Public Service Recognition Week (PSRW) is time set aside to honor the men and women who serve our nation as federal, state, county and local government employees and ensure that our government is the best in the world.

Throughout the country, mayors, governors, communities and public service organizations participate in PSRW by issuing proclamations; hosting award ceremonies and special tribute events; and delivering messages about the value of public service.

In Washington, D.C., feature events include a public town hall meeting with Cabinet secretaries and a congressional breakfast to announce the finalists of the 2012 Samuel J. Heyman Service to America Medals.

Public servants deserve our thanks throughout the year and we invite you to continue honoring them for the work they do each and every day. 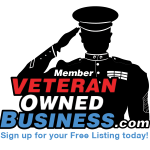 Veteran Owned Business is in no way affiliated with the above organization(s). We do not in any way endorse the above business/organization or guarantee the above offer.  VeteranOwnedBusiness.com and the Veteran Owned Business Directory are simply providing information we feel is of interest to veterans, active duty military, reservists, service disabled veterans, veteran owned businesses, service disabled veteran owned businesses, families of veterans, families of our armed forces and any other person or persons directly or indirectly involved with the United States military.