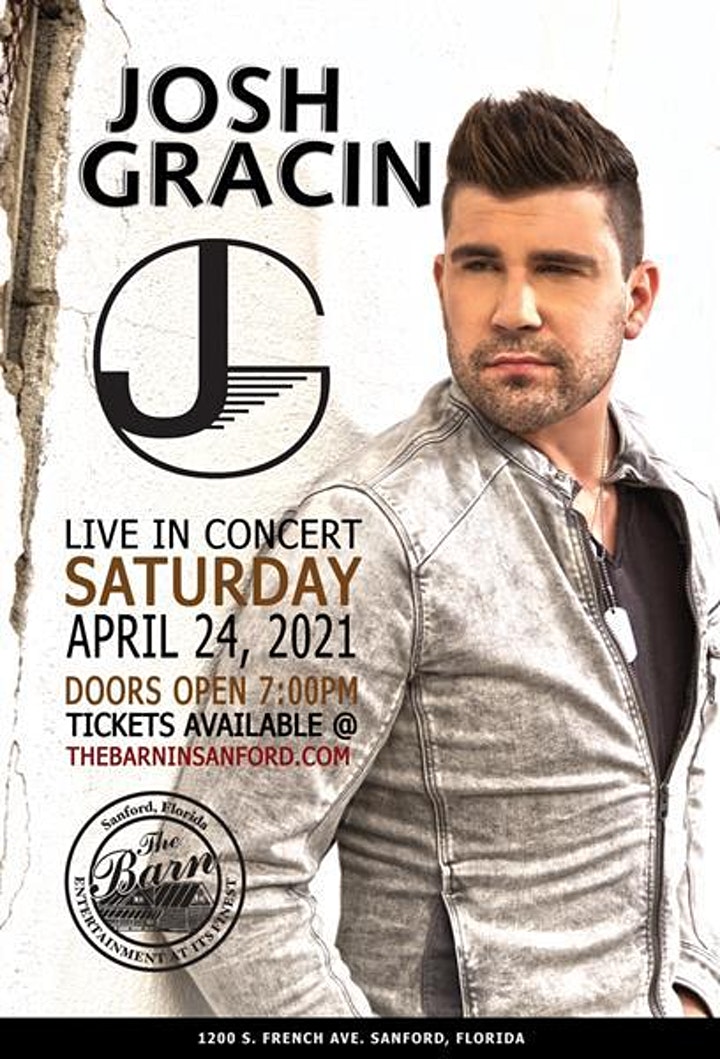 Josh Gracin Coming to THE BARN in SANFORD ! 18 + Up Show — Doors Open at 7 PM Food Truck -Tables are First Come !

A Michigan native who grew up listening to country and R&B music, Josh Gracin catapulted to fame after auditioning for the second season of the hit television series American Idol. Josh, who was serving in the United States Marine Corps at the time, quickly became a fan favorite and won the hearts of viewers with his strong fourth place finish on Idol Do my homework now.

Following his appearance on the series and the completion of his military service (he was honorably discharged in 2004), Josh released his self-titled debut album that summer. Three Top Five singles on the Billboard Hot Country Singles & Tracks chart later, the Recording Industry Association of America certified the album gold. “Gracin Nation” was wanting more, and Josh delivered in the form of his sophomore album, We Weren’t Crazy, which was released in 2008. The album produced five more chart singles, including a top ten in its title track. Redemption, Josh’s third album, was released in 2011 and showcased his growth as a writer, artist and producer with the hit single “Long Way to Go” making its way up the adult contemporary charts.

Now, intermission is officially over. The Josh Gracin Drink It Gone Tour is rolling through the country playing sold out shows to fans from the East Coast to Down South. And when he’s not on stage, Josh is in studio — writing and recording the next generation of country music hits for his upcoming album. Dust off your boots. Get ready. Josh Gracin is back.