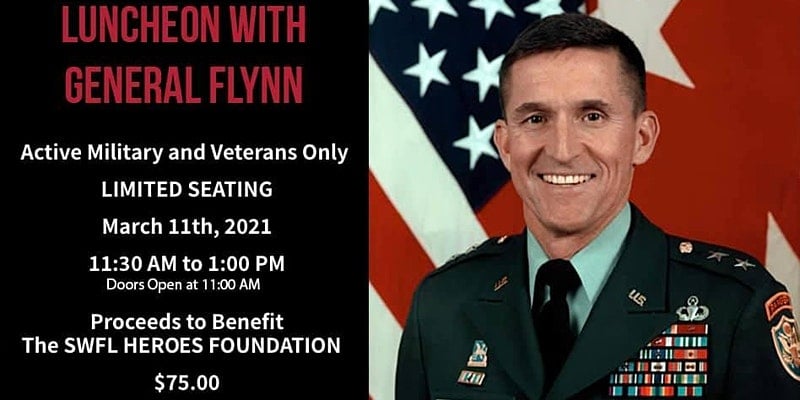 The Southwest Florida Heroes Foundation, Inc is a non-profit organization that was established to financially support active first responders and military personnel. The local community helps our heroes through fundraising and donations.

Veterans can meet General Flynn and break bread with other active veterans at the event.

Michael Thomas Flynn is a retired United States Army lieutenant general who was the 25th United States National Security Advisor for the first 22 days of the Trump administration until his resignation.

Flynn’s military career included a key role in shaping U.S. counterterrorism strategy and dismantling insurgent networks in the Afghanistan and Iraq Wars, and he was given numerous combat arms, conventional, and special operations senior intelligence assignments.

*NOW OPEN TO FIRST RESPONDERS AND THEIR SPOUSES