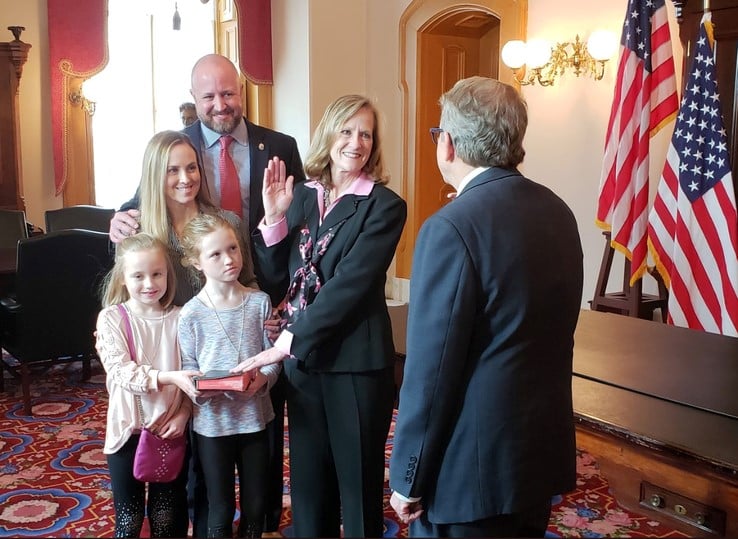 COLUMBUS – Earlier this month, Deborah Ashenhurst was appointed the new Director of the Ohio Department of Veterans Services, the move was approved by the 133rd General Assembly of the Ohio Legislature and she began her duties in charge of the state-run agency that exists to help honor, provide benefits and resources, and advocate for Ohio’s former service members.

Yesterday, Gov. Mike DeWine swore in his cabinet members at the Ohio Statehouse in a more public setting so the moment could be shared with loved ones. That included a special moment for Ashenhurst, who served in the Ohio National Guard for 37 years and held a similar post under the previous administration.

Maj. Gen. Ashenhurst (U.S. Army, retired) brings a wealth of military and private sector experience to the position as well as a developed connection to the veteran community. She has held assignments at all levels from company, battalion, brigade and Joint Force Headquarters. 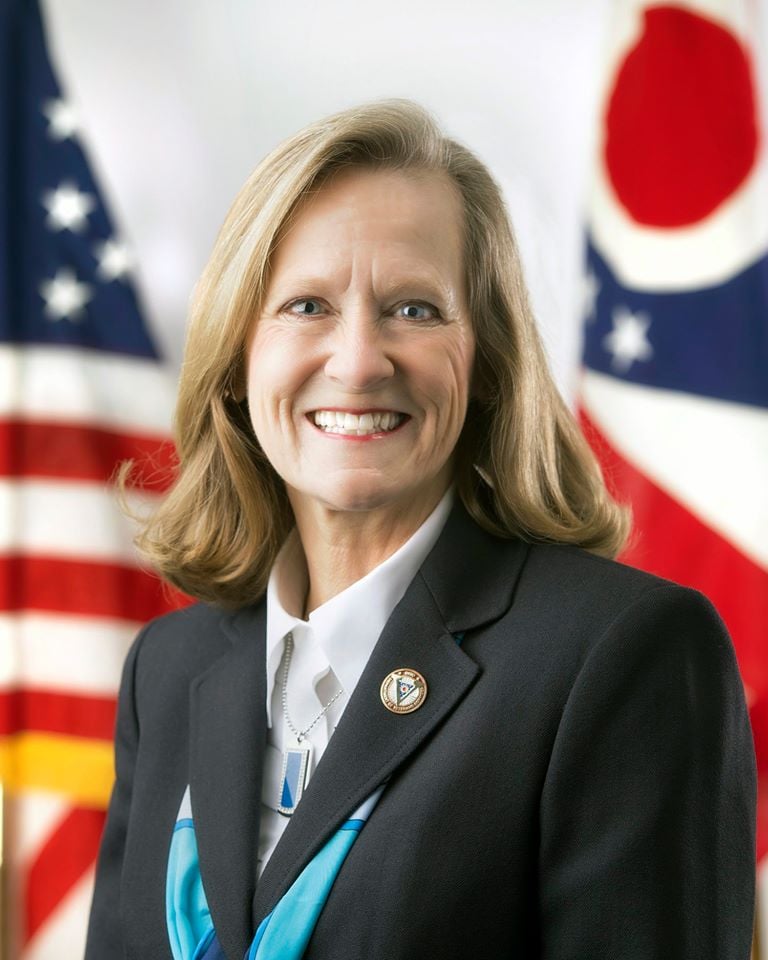 She also is deeply familiar with operating at a state cabinet level, as she served for four years as the Adjutant General and commander of the State of Ohio. In that role, Ashenhurst commanded the 17,000 personnel of the Ohio Army and Air National Guard, Ohio Military reserve and Ohio Naval Militia.

“I am absolutely thrilled to serve our great veterans all across Ohio and do all I can to be a voice, and a listener, for our veteran community,” she said.

Ashenhurst began her career in 1978 when she enlisted in the Ohio National Guard. She was commissioned an engineer officer in 1980 through the Ohio Army National Guard’s Officer Candidate School.

During her military career, Gen. Ashenhurst received numerous awards and decorations, including the Army Distinguished Service Medal, Legion of Merit, Meritorious Service Medal (with one Silver and one Bronze Oak Leaf Cluster) and the Joint Service Commendation Medal.

She retired from the U.S. Army and the National Guard in October 2015. Her career culminated in service as a special assistant to the vice chief, National Guard Bureau in Washington, D.C.

Prior to her appointment as the adjutant general, she was a 25-year federal employee in various positions of increasing responsibility with the United States Property and Fiscal Office with the Ohio National Guard.

Following her retirement from the military, Gen. Ashenhurst served as the senior vice president, military strategy with R2 Associates. She also served as a commissioner on the Ohio Military Facilities Commission.

“I’m proud to announce that Maj. Gen. Deborah Ashenhurst has agreed to lead the Ohio Department of Veterans Services,” Gov. DeWine said during a Jan. 10 introductory press conference. “The General will work tirelessly to ensure Ohio’s veterans will receive their benefits and services that they have earned. It is our goal for people to look to Ohio and say that this is a very veterans-friendly place.”

About ODVS: The Ohio Department of Veterans Services works to actively identify, connect with, and advocate for veterans and their families. Ohio law gives the department the responsibility to partner with all 88 county veteran service commissions and the U.S. Department of Veterans Affairs, in order to “serve those who have served” by connecting Ohio veterans and their families to well-earned benefits and resources.

Recent statistics out of the VA indicate Ohio currently is home to nearly 800,000 former service members, ranking the state sixth nationally in terms of veteran population.

For more information on the Ohio Department of Veterans Services, go to OhioVets.gov.