What do Bea Arthur and John Amos have in common? Ok… yes… they both are actors… and yes they both have acted on “Maude!”

But they both have something very patriotic in common! They both proudly served our country. Bea Arthur (star of All in the Family, Maude and The Golden Girls) served in the Marine Corps Women’s Reserve 1943–1945 while John Amos (star of The Mary Tyler Moore Show, Maude, Good Times, Roots) served in the 50th Armored Division of the New Jersey National Guard (and is also an Honorary Master Chief of the U.S. Coast Guard). 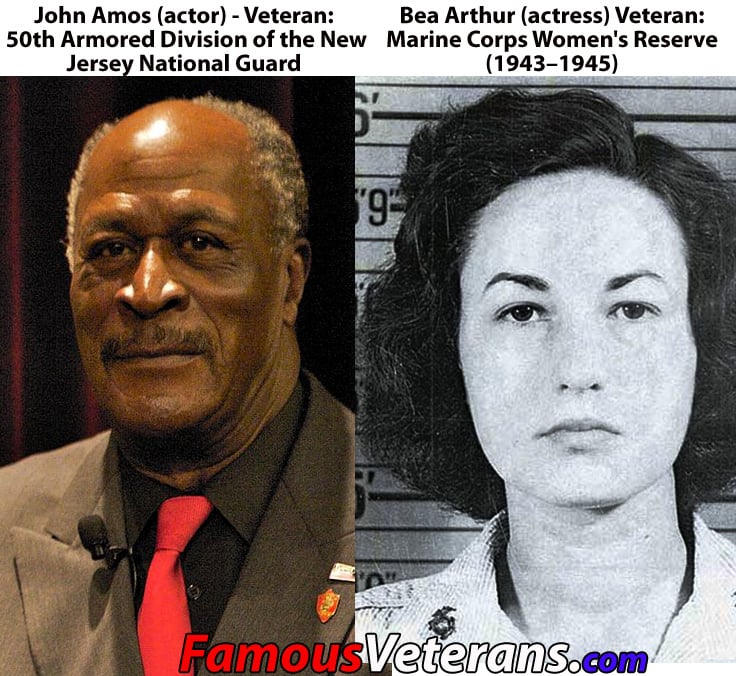