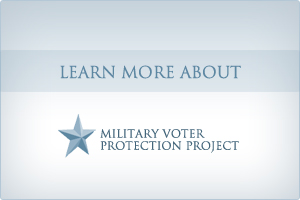 WASHINGTON – The Military Voter Protection (MVP) Project has praised 15 states for their leadership in promoting and protecting the voting rights of America’s military service members and their families. As part of the MVP Project’s 2012 Heroes Vote Initiative, 15 states have been named as All-Star states for their extraordinary efforts.

“These states are led by a tremendous group of state and local election officials who have made military voters a priority in elections. They have provided the gold standard of leadership in the fight to promote and protect the voting rights of our heroes,” said Eric Eversole, founder and executive director of the MVP Project. “We still have a long way to go, but these states are providing the example for other states to follow.”

In analyzing these states, the MVP Project looked at a number of factors including: 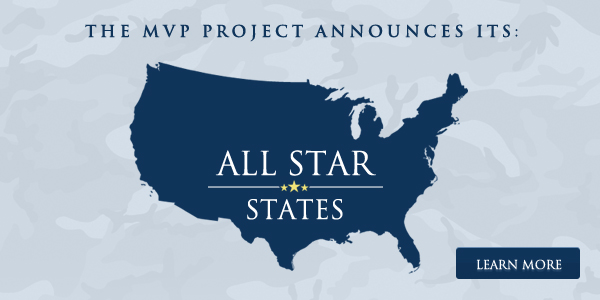 The All-Star states include:

“We will continue to work with every state that is willing to make our military voters a priority and to provide them with the tools to participate in the election. We hope that all 50 states will join our Heroes Vote Initiative as All-Star states.” said Eversole.