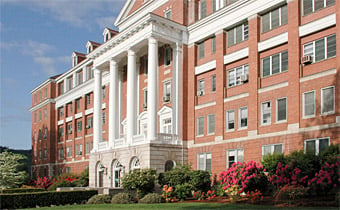 WASHINGTON — Today the U.S. Department of Veterans Affairs (VA) announced that the Director of the Roseburg VA Health Care System, Doug Paxton has stepped down and an interim replacement has being named. This is step aimed at improving care for Veterans served by Roseburg, which remains one of VA’s 15 lowest performing facilities.

Mr. Paxton has accepted reassignment as Assistant Director at the Huntington VAMC in West Virginia.

Mr. Paxton is being replaced by Mr. David L. Whitmer who will serve as the as interim Director at Roseburg. A proven leader with twenty years of federal service in clinical and administrative settings within VA and the Department of Health and Human Services, Whitmer currently serves as Chief Operating Officer of the Sunshine Health Network, St. Petersburg, Florida.


Both appointments are effective February 4, 2018.

“This action was necessary as a step to improve care for Veterans at Roseburg. There are times that facility leadership needs to change in order to usher in a new approach that will demonstrate we are committed to delivering results for Veterans and taxpayers,” said Dr. Carolyn Clancy, Executive in Charge, Veterans Health Administration.

“Mr. Whitmer is an experienced leader who brings to Roseburg a background of developing operational strategies, planning enterprise-wide business requirements, evaluating program effectiveness, and improving business operations into actions that transform the delivery of healthcare services to veterans. We are looking forward to his leadership as we recruit a permanent director for Roseburg,” Clancy said.

Whitmer Background: Whitmer began his VA career in 2014. During that time he has served two long-term assignments as acting Chief Operating Officer at two large, complex Florida hospitals (Tampa and West Palm Beach). In this role he was responsible for overseeing all hospital operations, including environment of care and quality management oversight for two Joint Commission and Commission on Accreditation of Rehabilitation Facilities (CARF) reviews.

Prior to joining VA, Whitmer served at the Department of Health and Human Services, National Institute of Health (NIH), in various leadership and supervisory roles from 1999 to 2014.

Mr. Whitmer received a Masters of Political Science, Public Administration and a Bachelor of Arts, Secondary Social Science Education from the University of South Florida. He is a graduate of the NIH Senior Leadership Program, University of Maryland University College, OPM’s Executive Development Program, and a Fellow in the American College of Healthcare Executives.