WASHINGTON — Today the U.S. Department of Veterans Affairs (VA) released findings from its most recent analysis of Veteran suicide data for all 50 states and the District of Columbia. 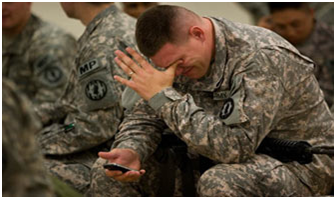 The report, known as “VA National Suicide Data Report 2005–2015,” is available at https://www.mentalhealth.va.gov/suicide_prevention/Suicide-Prevention-Data.asp.

The analysis is part of VA’s ongoing examination of more than 55 million civilian and Veteran death records that is being used to evaluate and improve VA’s Suicide Prevention Program.

Data from this report were obtained from the Centers for Disease Control and Prevention (CDC)’s National Death Index and then linked to both VA and Department of Defense (DoD) data.

VA is committed to publishing the most accurate suicide data possible. CDC has 2016 data, but VA works with both CDC and DoD to analyze millions of records and data sources to produce an analysis of suicide deaths for all known Veterans.  This collaboration adds a layer of complexity to the analysis process thus making 2015 the most current year for which VA is able to publish complete Veteran suicide data.

VA is working with CDC and DoD to innovate and refine the data analysis and plans to publish 2016 Veteran suicide data in fall 2018.

The report includes suicide rates from 2005 to 2015 for both Veteran and non-Veteran populations segmented by age, race and gender, and analyzes Veteran rates based on service branch and era, suicide method and suicide risk factors. These data inform the ongoing work of VA and its partners to prevent suicide and expand the network of support for Veterans.

“Suicide remains a top clinical priority,” said Acting VA Secretary Mr. Peter O’Rourke. “One life lost to suicide is one too many. Suicide is a serious public health concern in the Veteran population and across all communities nationwide. These data offer important insights to help VA to build effective networks of support, communication and care that reach Veterans where they live and thrive.”

Suicide is a complex issue and is influenced by a multitude of intersecting factors that can increase or decrease suicide risk. The VA Suicide Prevention Program’s public health approach addresses the risk factors associated with suicidal behavior — such as a prior suicide attempt, stressful life events or the availability of lethal means — while promoting the protective factors that can offset risk — such as positive coping skills, feeling connected to other people and access to mental health care.

In the years since these data were captured, VA has undertaken substantial suicide-prevention efforts, including:

Learn more about VA’s suicide-prevention resources and programs at www.mentalhealth.va.gov/suicide_prevention/.

Veterans who are in crisis or having thoughts of suicide, and those who know a Veteran in crisis, should call the Veterans Crisis Line for confidential support 24 hours a day, seven days a week, 365 days a year at 800-273-8255 and press 1, chat online at VeteransCrisisLine.net/Chat, or send a text message to 838255.

Reporters covering this issue are strongly encouraged to visit www.ReportingOnSuicide.org for important guidance on how to communicate about suicide.