Voice of America’s Veterans Heard ‘Round The World Turns 15 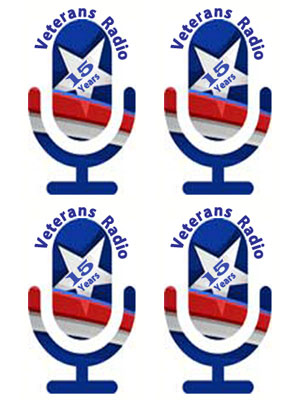 Celebrating its 15th anniversary on Sunday, November 18, Veterans Radio is listened to by more veterans around the world than military personnel sent to fight in Afghanistan and Iraq at maximum deployment.

Veterans Radio is not just for veterans, but also for their families, caregivers, history buffs and students. The show has interviewed veterans and their families who served in World War II, Korea, Cuba, Vietnam, Central America, Serbia, Bosnia, Iraq, Afghanistan, and less well-known conflicts. You name the conflict and the survivors have been on Veterans Radio. 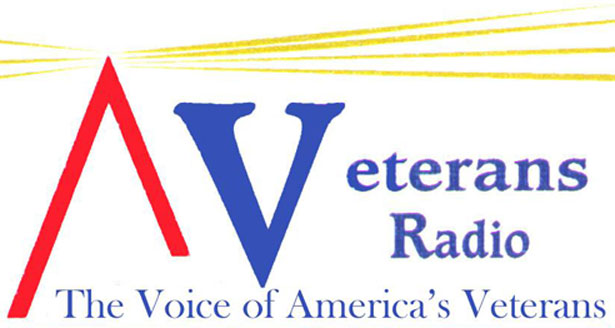 “Celebrity military is a real draw,” notes Dale Throneberry, cofounder and producer/host of Veterans Radio—The Voice of America’s Veterans https://www.veteransradio.net, which broadcasts over Ann Arbor, 5 PM Sundays on Michigan’s WAAM 1600 AM, and Pirate Radio of the Treasure Coast.

“But I think our even larger appeal is our stories of ordinary people doing extraordinary things while they served,” the former Huey pilot observes. “The American soldier builds schools and hospitals, digs wells for safe drinking water, inoculates against disease, cares for the sick, feeds starving families, to name a few of our contributions wherever we go,” Throneberry observes.


The Voice of America’s Veterans program archives and social reach may be found at www.veteransradio.net,  https://live365.com, program podcasts at http://www.blogtalkradio.com/veterans_radio, and through postings on https://www.facebook.com/VeteransRadio/  and https://twitter.com/veterans_radio.

The show began in a tiny studio equipped with ancient technology and steadily grew from there.

“I was talking with a client of mine who had been in WWII,” Throneberry recalls. “Max was diagnosed with cancer and wanted to make sure everything was in order. I visited his house and he invited me into his garage, which was covered with World War II posters and all kinds of military paraphernalia, including a huge 101st Airborne banner. Four hair-raising hours later, his wife told me he had never told his stories to anybody. All the way from a D-day landing to Germany’s surrender, Max had been there. It got me thinking about doing a radio program for veterans.

“I was selling investments and insurance in 2003, and what finally triggered me to take action was the foreboding similarity of the Iraq War to our exhausting and disheartening experience in Vietnam,” says the former Chief Warrant Officer who was in Vietnam in 1969. I was afraid another generation of soldiers was going to fight in a war that did not make sense to many people. How were these modern warriors going to be treated when they came home? I had long been bothered that most vets, including me, then had almost no one to talk to about their service experience.

At almost the same time as retired Army General Harold “Hal” Moore, the hero of the Battle of Ia Drang Valley in Vietnam, stunned the American military by denouncing the Iraq War in a speech at West Point, Throneberry sought out a fellow insurance representative, Bob Gould, and pitched him on a veteran-centered radio show.

“Bob had served in the Army, and I didn’t know that. I just thought of him as very entrepreneurial. In a way, it was a proof of concept for the show. Our veterans had no one to confide in—so naturally Bob didn’t tell me about his service–and whatever distress veterans may feel, whatever they may be proud of, or whatever thoughts they may have, they had virtually no one to talk to in 2003,” Throneberry says.

“We put our heads together, and with virtually no resources other than being too stubborn for our own good, we started a show now heard around the world.”

Their aluminum anniversary became their diamond anniversary a decade later when they were featured in a major segment by Al Jazeera America. “Former Vice President Al Gore purchased the cable station, and it went live in August 13, 2013, two months before Veterans Radio’s tenth anniversary. The former Vice President had been a soldier in Vietnam the same year I was. We got lucky and our global audience grew.”

The former Huey helicopter pilot has a history of good luck. Throneberry was downed twice in Vietnam in 1969. He calls them unscheduled landings. “Any landing you walk away from is a good landing,” he says. He ended his Army flight career with over 2,200 flight hours with 1,150 as combat hours in Vietnam. Yet today at 72, Throneberry walks into the studio for Veterans Radio interviews under his own power.

“Veterans Radio has helped me, too,” the co-host says. “My on-air guests have taught me about P.T.S.D., what works for some people, and what doesn’t, about nightmares that won’t go away, and about saving the world while on some secret combat mission that we still can’t talk about.

“Today, Americans are in harm’s way today in fifty spots around the world. When they come home, they, too, will need someone to talk with,” he continues.

“We are the living chronicle of ordinary people doing extraordinary things,” Throneberry says. “It’s better—and truer—than the movies.” Our variety of programs keeps the show fresh. We are not stuck in this continuing churning of stories about ineptitude and failure. Our job is to let veterans tell their stories and to tell other stories that are uplifting. They went through hell, came out, and somehow made a life. So, it’s the human spirit we are talking about here”.

George Washington said, “The willingness with which our young people are likely to serve in any war, no matter how justified, shall be directly proportional to how they perceive veterans of earlier wars were treated and appreciated by our nation.”