The following information was provided by the White House and the Office of The President of the United States:
Obama Administration Record for Veterans and Wounded Warriors

“For their service and sacrifice, warm words of thanks from a grateful nation are more than warranted, but they aren’t nearly enough. We also owe our veterans the care they were promised and the benefits that they have earned. We have a sacred trust with those who wear the uniform of the United States of America. It’s a commitment that begins at enlistment, and it must never end.” 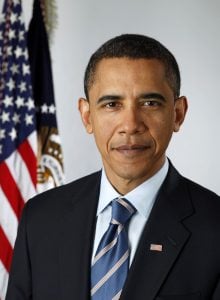 President Obama and his Administration have been committed to upholding our sacred trust with America’s veterans and wounded warriors. Putting Americans, especially our veterans, back to work is job one. But we have to do more. We have to reclaim the security the middle class has lost by restoring the basic values that made our country great. America prospers when we’re all in it together; when hard work pays off and responsibility is rewarded; and everyone, from Main Street to Wall Street, does their fair share and plays by the same rules. Honoring those who have sacrificed the most is one piece of creating an economy built to last. The President has taken key steps to ensure that our veterans receive the best health care, get the benefits they have earned, and have access to the education and training they need to re-enter the workforce. He has provided historic levels of support to veterans and their families in his budget requests. The Obama Administration’s record in support of veterans and wounded warriors includes:
Expanding Access to Education for Veterans: President Obama pushed for the Post-9/11 GI Bill as a Senator and has ensured its successful implementation as President. As of March 2012, the VA has issued approximately $17.5 billion in Post-9/11 GI Bill benefit payments for more than 710,000 veterans or eligible family members pursuing higher education on the Post-9/11 GI Bill. The VA has received spring 2012 enrollments from more than 420,000 individuals. These benefits can now also be used for vocational programs.

Helping Service Members Successfully Transition to Civilian Life and Civilian Jobs: President Obama is dedicated to improving the transition of service members into civilian life and increasing employment opportunities for those who have served. In August 2011, he announced a comprehensive plan to lower veteran unemployment and ensure that service members leave the military career-ready through hiring tax credits, private sector commitments, and transition assistance reforms.

Increasing Hiring of Veterans in Health Care-Related Fields: The President challenged Community Health Centers to hire 8,000 veterans – approximately one veteran per health center site – over the next three years and the Department of Health and Human Services will begin to give priority in physician assistant grant awards to universities and colleges that help train veterans for careers as physician assistants.

Hiring Veterans as First Responders and Law Enforcement Officers: The President included $4 billion in COPS funding in his 2013 Budget to spur police officer hiring. The Budget also included $1 billion for SAFER grants to encourage firefighter hiring. Preference for these grants would be given to hire post-9/11 veterans.

Putting Veterans to Work Preserving and Restoring America’s Land and Resources: The President proposed $1 billion to develop a Veterans Job Corps conservation program that would put up to 20,000 veterans back to work over the next five years protecting and rebuilding America.

Developing Online Tools to Boost Veteran Employment: The Administration launched the Veterans Jobs Bank, an easy to use tool to help veterans find job postings from companies looking to hire them. Additionally, the Department of Labor launched My Next Move for Veterans, a new online resource that allows veterans to enter their military occupation code and discover civilian occupations for which they are well qualified.

Increasing Access to Intensive Reemployment Services: Post-9/11 veterans are now able to download the Veteran Gold Card, which entitles them to enhanced reemployment services including six months of personalized case management, assessments, and counseling at the roughly 3,000 One-Stop Career Centers located across the country.

Supporting Veteran Entrepreneurship by Building Our Next Generation of Small Business Leaders: President Obama announced plans to integrate a two-day entrepreneurship program into the Transition Assistance Program and to establish the National Veterans Entrepreneurship Training program within the Small Business Administration, which would make entrepreneurship training available to up to 260,000 veterans annually. In Fiscal Year 2011, over 190,000 veterans received small business counseling or training through SBA and its resource partners. In addition, since 2009, SBA has doubled the number of SBA Veteran Business Outreach Centers nationwide. Over the past three years, SBA has also expanded the Entrepreneurship Bootcamp for Veterans with Disabilities to eight top U.S. business schools nationwide.

Making the Federal Government a Model Employer: The President launched an initiative designed to transform the federal government into the model employer of America’s veterans. He signed an Executive Order to establish an Interagency Council on Veterans Employment.

Expanding Small Business Opportunities for Veterans: President Obama has worked to increase and expand opportunities for small business ownership among veterans through more coordinated entrepreneurship training and access to capital and government contracts.  President Obama cut taxes for small businesses and helped them get the loans they need to grow and hire. Between 2009 and 2011, over $3 billion through over 12,000 Small Business Administration loans went to small businesses owned by veterans and service disabled veterans.
Launching the Joining Forces Initiative to Support Military Families: First Lady Michelle Obama and Dr. Jill Biden have met with military families, learned about their successes and challenges, and made it their priority to support them. Together, they launched Joining Forces – a comprehensive national initiative to mobilize all sectors of society to give our service members and their families the opportunities and support they have earned. Through Joining Forces, businesses, organizations, and individuals have made unprecedented commitments to support our military families and veterans – particularly in the areas of employment, education, and wellness.

Provide Housing Relief to Veterans and Service Members: On top of the historic settlement completed by the Federal government and 49 state Attorneys General, major mortgage servicers will be providing relief to thousands of service members and veterans. Under the agreement, they will conduct a review of every service member foreclosed upon since 2006 and provide those wrongly foreclosed upon with compensation equal to a minimum of lost equity, plus interest and $116,785; refund to service members money lost because they were wrongfully denied the opportunity to reduce their mortgage payments through lower interest rates; provide relief for service members who are forced to sell their homes for less than the amount they owe on their mortgage due to a permanent change in station; and pay $10 million dollars into a VA fund that guarantees loans on favorable terms for veterans.

Home Buying Assistance for Veterans: In 2011, through the Home Loan Guarantee program, the VA guaranteed more than 340,000 home loans worth almost $71 billion. The VA helped over 66,000 veterans save their homes from foreclosure in 2010. As a result of these efforts, VA loans have outperformed all other categories of mortgage loans for the past 2½ years. Improving and Strengthening Health Care for Veterans and Wounded Warriors: President Obama has improved our veterans health care system to better serve today’s veterans.

Establishing Advance Appropriations for Veterans Health Care: The President signed into law landmark legislation to fund the VA’s health care budget a year in advance. This assures timely, sufficient, and predictable funding from year to year.

Improving Care and Benefits for Traumatic Brain Injury, Post-Traumatic Stress Disorder, and Mental Health: In July 2010, the VA published a historic change to its rules, streamlining the process and paperwork needed by combat veterans to pursue a claim for disability pay for post-traumatic stress disorder (PTSD). The VA has also expanded its mental health programs, hiring more than 3,500 mental health professionals since 2009. The VA has also issued a new regulation that ensures veterans who have service-connected traumatic brain injuries are properly compensated.

Creating Electronic Health Records For Veterans: The VA and the Department of Health and Human Services kicked off projects in 2010 that could lead to the creation of personal health records for almost a third of the U.S. population. The VA has posted a feature on its My HealtheVet web site that allows veterans to download personal information such as blood pressure, weight, heart rate, emergency contact information, lab results, and family and military medical histories to a personal health record called “Blue Button.” In December 2011, this service was enhanced and veterans began using the VA’s online My HealtheVet Personal Health Record to see their official information.

Providing Services to Veterans Caregivers: President Obama signed the “Caregivers and Veterans Omnibus Health Services Act of 2010,” into law which helps our most seriously injured post-9/11 veterans and their family caregivers with a monthly stipend; access to health insurance; mental health services and counseling; and comprehensive VA caregiver training and respite care.

Breaking the Back of the Backlog for Disability Claims: The VA expanded its workforce by over 2,600 people to handle applications for disability pay. The VA is also using technology and new approaches to help veterans get their benefits by accepting online applications for initial disability benefits, initiating an innovation competition, launching pilot initiatives, and investing over $128 million in a paperless Veterans Benefits Management System. Working to End Veteran Homelessness: The Administration is working to end veteran homelessness through leveraging broad support at Federal, State, and local levels in both the public and private sectors. Working with over 4,000 community agencies, the VA and HUD have successfully placed more than 37,000 veterans in permanent housing with dedicated case managers and access to high-quality VA health care since 2009. To ensure we reach out to our homeless veterans, the VA created a National Registry for Homeless Veterans and established a National Homeless Hotline. Veteran homelessness was reduced by nearly 12 percent between January 2010 and January 2011.

Ensuring Fairness for Vietnam Veterans: In November 2010, the VA began distributing disability benefits to the first of roughly 200,000 potentially eligible Vietnam veterans who qualified for compensation under new rules for Agent Orange exposure.

What’s New for Email Marketing in 2021

Local Marketing: How to Get Your Central Ohio Business Noticed