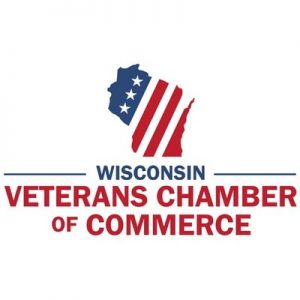 MADISON, Wis. – The Wisconsin Veterans Chamber of Commerce, in partnership with the multiple state agencies and US Chamber of Commerce Foundation’s Hiring Our Heroes, convened for a community engagement event on Thursday to discuss the issue of military spouse unemployment and underemployment in the State of Wisconsin. This event laid the groundwork for Wisconsin to be designated as a Military Spouse Economic Empowerment Zone (MSEEZ) on June 4, 2019, the first such designation in the country focusing on spouses of National Guard and Reserve component service members. The designation brings together employers and business leaders to commit to hiring military spouses in Wisconsin.

“We are incredibly proud that once again Wisconsin is leading the country in our support of veterans and military spouses,” said Saul Newton, Executive Director of the Wisconsin Veterans Chamber of Commerce. “Our business community recognizes the skills and attributes military spouses bring to the table and are ready to invest in their organizations by hiring these qualified and capable employees.”

The MSEEZ program is focused on combatting the economic impact military spouse’s unemployment and underemployment have on 21st century military families by facilitating collaboration between local and national employers, educational institutions and community resources. The program is a collaboration with multiple state agencies including the Wisconsin Department of Veterans Affairs, Wisconsin Department of Workforce Development, and Wisconsin Economic Development Corporation.

Unemployment and underemployment remain persistent issues faced by military spouses. Due to the inherent demands of serving in the military, spouses are often overlooked by employers due to gaps in employment or multiple short-term positions.  According to the U.S. Chamber of Commerce Foundation, 92 percent of military spouses are female and the unemployment rate for this population is four times the national average.

“We know that when veterans, service members, and military families succeed, Wisconsin succeeds. This program is just another example of what sets Wisconsin apart for military veterans and their families- a commitment to ensuring they have every opportunity to reach their full potential. It is our privilege to support that effort,” concluded Newton.

The Wisconsin Veterans Chamber of Commerce is a nonprofit organization dedicated to supporting military veterans, veteran-owned and veteran-friendly businesses.  Check out their nonprofit profile on the Nationwide Veteran Owned Business Directory!