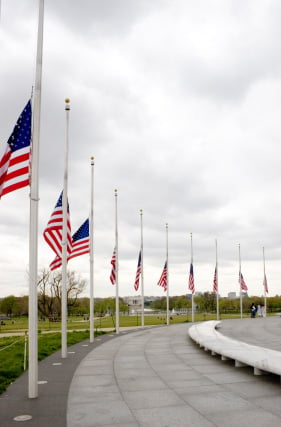 United States Flag to be displayed at half-staff until sunset on Monday, December 7, 2015