President Trump releases PREVENTS roadmap, a nationwide plan for ending suicide among Veterans and all Americans

WASHINGTON – The U.S Department of Veterans Affairs (VA) announced today the release of the President’s Roadmap to Empower Veterans and End a National Tragedy of Suicide (PREVENTS), an historic, nationwide plan to raise awareness about mental health, connect Veterans and others at risk of suicide to federal and local resources, and facilitate focused and coordinated research into suicide.

The roadmap is the result of an Executive Order President Trump signed March 5, 2019, calling on the Departments of Veterans Affairs, Defense, Health and Human Services and several others to develop a comprehensive strategy for ending the national tragedy of suicide.

The order was signed as data continue to show 132 Americans, including 20 service members, former never federally activated guard and reserve members, and Veterans; die on average each day by suicide.

“Veteran suicide is a tragedy this country started measuring in the decades following the Civil War, but one that sadly went unaddressed for generations,” said President Trump. “Today, my administration is taking steps to ensure the men and women who bravely fought for us when they were called will be given the care and attention, they need during some of their darkest hours. Our Veterans will lead the way for all Americans as we end the stigma that for too long has kept us from talking openly about mental health and thwarted our efforts to provide the kind of assistance and support that will save lives.” 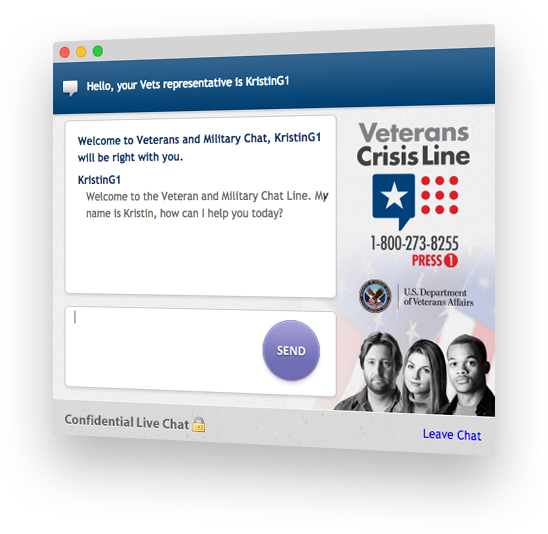 Confidential Support Is a Click Away If you’re a Veteran in crisis or Service member in crisis — or you’re concerned about one — there are caring, qualified VA responders standing by to help 24 hours a day, 7 days a week. Click here to start chatting with a specialist!

“Suicide prevention is VA’s highest clinical priority, and the department is taking significant steps to address the issue,” said VA Secretary Robert Wilkie. “But just as there is no single cause of suicide, no single organization can end Veteran suicide alone. That’s why PREVENTS aims to bring together stakeholders across all levels of government and in the private sector to work side by side to provide our Veterans with the mental health and suicide prevention services they need. By employing a public-health approach to suicide prevention, President Trump’s roadmap will equip communities to help Veterans get the right care, whenever and wherever they need it.”

The PREVENTS Task Force is co-chaired by White House Domestic Policy Council Director Brooke Rollins and Secretary Wilkie, and the roadmap released today calls for several steps to be taken to further this critical national goal, many of which are already underway:

This summer, the PREVENTS Task Force will launch a nationwide public health campaign aimed at educating Americans that suicide is preventable, creating awareness of mental health and suicide prevention best practices with a call to action for ALL Americans to take the PREVENTS Pledge to Prevent Suicide.

A primary goal of the campaign is to change the culture surrounding issues related to suicide and mental health. The campaign will stress everyone has a role to play in the well-being of family members, friends and coworkers. It will create awareness about risk and protective factors and encourage people to reach out to those who may be struggling.

The campaign will rely on coordinated messaging from all levels of government and non-government partners, as well as national digital, radio and television public service announcements. Efforts will focus on dissemination in states with a high concentration of Veterans. It will also rely on high-profile ambassadors who will help amplify these messages, including Second Lady Karen Pence, and U.S. Surgeon General Jerome Adams. 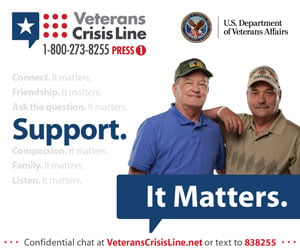 Too often, efforts have focused on a one-size-fits-all approach to suicide prevention that fails to consider an individual’s specific risk factors. As a key element of the roadmap, PREVENTS will launch the National Research Strategy to accelerate the development and implementation of effective solutions to help prevent Veteran suicide.

A critical first step toward this goal is the optimization of the current research ecosystem, which will accelerate the impact of Veteran suicide research by enhancing interagency collaboration, evaluating the role of open science practices, leveraging team science and enhancing data resources and analysis. The PREVENTS Task Force will have an initial assessment of the current research landscape by the end of 2020 and will simultaneously work with Task Force agencies and non-governmental partners to begin moving toward this exciting goal.

The development of the National Research Strategy will result in an increase in focus on the isolation of risk factors and an identification of the most effective treatment practices and interventions for Veterans. This all of government and all of nation approach will lead to a dramatic shift in the ability to prevent suicide for Veterans and all Americans.

The PREVENTS Task Force has built relationships with dozens of organizations across the country, including faith-based groups, universities, non-profits, corporations, small businesses as well as state and local governments. The Task Force will continue to expand these relationships in order to share best practices for promoting mental health, ensuring awareness of and access to federal, state, local and tribal resources, and coordinating and implementing the public awareness campaign across sectors. The Task Force will encourage all 50 states, the U.S. Territories and the District of Columbia to sign the PREVENTS proclamation affirming their commitment to preventing suicide among Veterans and all of their citizens.

The PREVENTS Task Force has already connected with more than 150 known community boards, 27 statewide suicide prevention teams and Building Healthy Military Communities, a pilot initiative with seven partnering states. The Task Force has also completed an initial analysis of funding that will be available for suicide prevention efforts. During the next several months, PREVENTS will be implementing a plan to improve coordination among grant programs and develop a strategy to fill gaps through additional funding as well as additional public-private partnerships.

The PREVENTS Task Force is working with communities and stakeholders to develop and further efforts focused on coordinated systems of care. Government and non-government entities alike have a critical role to play in ensuring a comprehensive system of support. 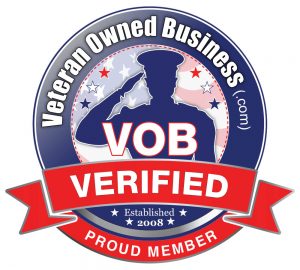