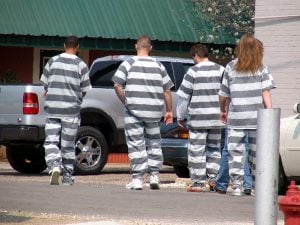 Alexander Robert Xavier, 52, of Boca Raton, Florida, was sentenced to twelve-and-a-half years in prison. Previously, a jury found Xavier guilty of defrauding federal agencies by issuing worthless bonds to insure government construction projects. U.S. District Judge Kenneth A. Marra imposed the sentence and ordered Xavier to pay over $4 million in restitution to the victims of the fraud.

According to public documents and evidence introduced in court, from approximately May 2008 to October 2010, Xavier devised a scheme to unlawfully enrich himself by claiming to be an “individual surety” on various performance and payment bonds – a type of insurance required on major government construction contracts. During the course of the fraud, Xavier pledged millions of dollars in assets to at least eighteen different federal agencies. In truth, and as Xavier well knew, there were no such assets.

The evidence at trial showed that Xavier issued a large number of worthless bonds to various contractors performing work for government agencies. During the course of the fraud scheme, Xavier and his confederates were paid over $4.3 million in fees. The defrauded federal agencies included, among others, the United States Department of the Army and the United States Department of Labor.

This case was prosecuted by Assistant U.S. Attorneys Christopher B. Browne and Wilfredo Fernandez.

Related court documents and information may be found on the website of the District Court for the Southern District of Florida at www.flsd.uscourts.gov or on .